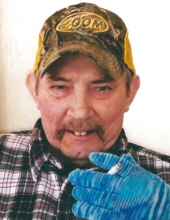 Ronald H. "Ronnie” Larson, age 69 of Darlington, WI formerly of Shullsburg, WI passed away Wednesday, November 28, 2018 at UW-Hospital in Madison, WI. He was born September 3, 1949 in Monroe, WI the son of Harold and Anna (Benson) Larson. He served in the United States Marine Corp during the Vietnam War and was honorably discharged in 1970. Ronnie was united in marriage to Valita R. Waugh on November 23, 1971 in Freeport, IL. Ronnie grew up in Shullsburg. He worked at Kelly Springfield in Freeport, IL for 30 years before retiring in 2005. In 2004, Ronnie moved to Darlington where he has resided since. Ronnie is survived by his wife at home; his daughters: Kathleen (Jeff) Kerr of Orangeville, IL, Jennifer (Scott) Johnston and Samantha (Terry) Edge both of Darlington; 6 grandchildren; and six sisters: Christine (Steve) Unbehaun of Shullsburg, Yvonne (Bruce) Kraus of Belmont, WI, Bonnie (Jerry) Gilbertson of Fennimore, WI, Pam Champion of Darlington, Diane Larson of Madison, and Caroline Doubler of Warren, IL. He was preceded in death by his parents; one brother: Donald Bennett and one sister: Joan Larson in infancy. Ronnie was a proud member of Shullsburg Veterans of Foreign Wars Post 10533 of Shullsburg. He cherished the time he spent with his family and loved to pick on his grandchildren. In his younger years he was an avid outdoorsman where he enjoyed camping, hunting, and fishing. Ronnie will be sadly missed and fondly remembered by his family and friends. A Memorial Service will be held Thursday, December 6, 2018 at 11:00 A.M. at Erickson Funeral Home (508 Main Street, Darlington) with Rev. David Ritchie of Waldwick United Methodist Church officiating followed by Military Rites which will be accorded by Shullsburg Veterans of Foreign Wars Post 10533, along with the McCann-Richards American Legion Post 105.  A visitation will be held Thursday, December 6, 2018 from 10:00 A.M. until the time of services at the funeral home. Online condolences may be expressed to the family at www.ericksonfuneralhome.com. For those who prefer, a memorial fund has been established in Ronnie’s name.

To send flowers or a remembrance gift to the family of Ronald H. Larson, please visit our Tribute Stor